Were did we stop? Right, we were in Tehran early morning and had nothing organized.


Luckily one of the girls we met on the ferry helped us out: She changed some money for us (from her own wallet) and organized us a taxi to the bus station, telling the taxi driver that he should buy us a ticket to Isfahan. All worked out fine and the bus was going the second we arrived.
The only bad point was, that I was sitting on the seat next to the entrance (you know that one, which you can fold aside. Anyways, we were still really tired from the train ride and I had to get up every half or hour to let someone pass. 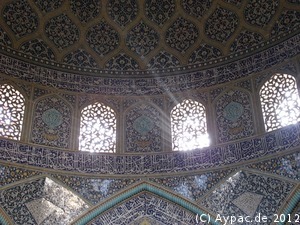 We arrived in Isfahan. Because we didn't have had Internet for a while and we couldn't get contact to our couchsurfer right away, we took a night in a hostel and went to a Internet-coffee* after sleeping an hour or something.

Now some things about IRAN, we learned in Iran (or knew before, but you should know):
Iran is a Islamic Republic, which means that they have a Islamic government. Also the valid law is the Sharia.
Hence,
-woman HAVE to wear a headscarf in public.
-homosexuality is illegal (men get death sentence, women get separated from friends and family and are forced to marry)!
-alcohol is illegal.
-McDonalds & similar are banned.
-Internet is censored (e.g. Facebook, Youtube are blocked, Google is censored)
-You have to do military service to get a passport (and be able to leave the country!)
Further, talking to foreigners "in unusual extend" is illegal for locals - that of course includes hosting someone.
And we were short on time. Estimating the situation totally wrong in Iran, we only took a transit-visa for seven days. One of the things I regret most of our whole journey, when I look back now (four months later).
Lastly: They have got a different writing than ours. Even license plates are unreadable for us. 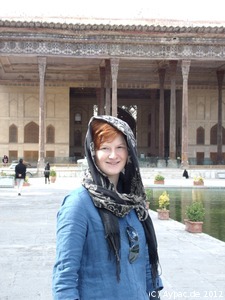 Though in the Internet-coffee* they directly asked us, if we wanted to visit Facebook - they know the trick (namely Proxy) to undergo the governmental "restrictions". In the evening we got contact and met our host in a nice coffee*.
She explained to us, that we wouldn't be able to both stay at her place - her parents would not let a boy stay at their place, but she had a friend at who's place I could stay.
While waiting for him, we had a nice conversation and really good coffee!!!
He arrived and turned out to be a cool and nice guy, too.
So, after finishing our coffees Rike went with Mahsa and I went with Mohamed. 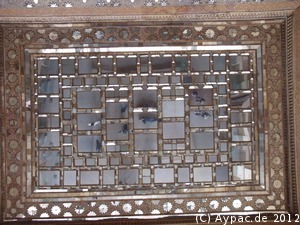 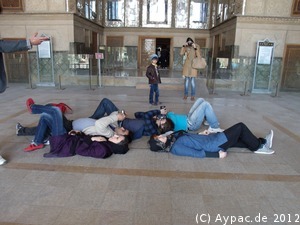 Now one of the best parts of our journey is about to follow. But it is very hard to give an impression about what made it so awesome. Maybe it was the insight to this culture which is totally uncommon to us and seems unreal to us. Maybe it were the awesome CouchSurfers we had. Or maybe the fact that Iran is completely not touristic. People are truly interested in you. Though most people don't have the courage to talk to you.
But if you really want to get a good impression about Iran, talk to me (or someone else who's been there). 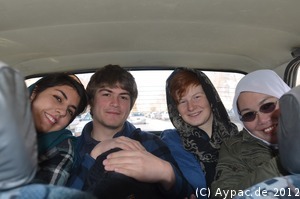 Mohamed's English was not perfect but good and he tried his best (what always is important if you want to understand each other). He lived in a shared flat with other students from his university. His field of study was architecture, the same as most in the flat, and his passion music. In the evening everybody would hang out together, play music, talk or play.
We spent evenings together, talking about philosophy, love and the political situation in Iran.

In the daytime Mohamed was busy most of the time, though. So I spent most of it with Rike and Mahsa (later also another CouchSurfer from **Japan). That was another cool thing in Isfahan: Every host knew all other hosts and always knew who (Surfers) are in town right now. It was more like being hosted by a community rather than a single person! 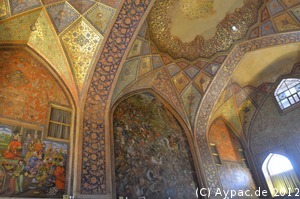 In the two days we had (should have been way longer!), we saw many nice places. Anyways, we had to go on (Visa :S).

Thanks to all CouchSurfers in Isfahan! Hope to see you all soonish! Inshallah :P